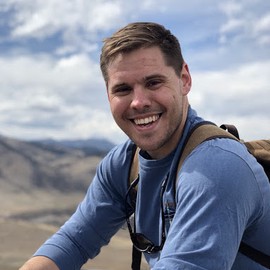 He holds a Bachelor and Master of Science in Electrical Engineering from Texas A&M, completed in 2015 and 2016 respectively. He was formerly a member the Corps of Cadets, and while pursuing his Masters served as the Executive Vice President of Texas A&M’s Student Government, sitting on numerous university advisory boards and committees and helping found the Texas A&M University Career Closet.

In 2019 he was appointed to by the Governor of Texas to sit as Student Regent to the Texas A&M Board of Regents and later as the student representative to the Texas Higher Education Coordinating Board.

He has attained numerous civilian and military awards, including the Buck Weirus Spirit Award for his service to the Texas A&M campus community and the distinction of Distinguished Honor Graduate of his Air Assault class.